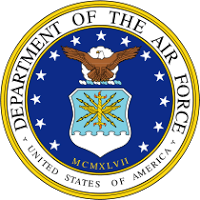 The Air Force announced policy changes Thursday that will make it more difficult to discharge transgender troops, a move that mirrors one made in March by the Army and puts the Pentagon a step closer to allowing transgender people to serve openly. Troops diagnosed with gender dysphoria or who identify as transgender are generally discharged from serving, based on medical grounds. Those decisions have been made by doctors and unit commanders. The new Air Force policy requires those decisions to be reviewed by high-level officials at Air Force headquarters. “Though the Air Force policy regarding involuntary separation of gender dysphoric Airmen has not changed, the elevation of decision authority to the Director, Air Force Review Boards Agency, ensures the ability to consistently apply the existing policy,” Daniel Sitterly, a top Air Force personnel official, said in a statement.

Earlier this year Defense Secretary Ashton Carter said that ability to perform the required tasks should be the standard for transgender eligibility to serve.