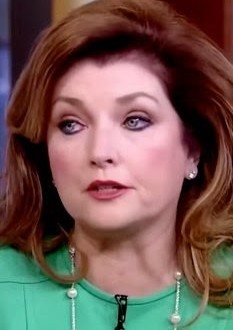 “I don’t think the chaos in Baltimore ‘just happened’; I think it was planned and is the next step in the breakdown of our society. From now until the verdict in this trial, the agitators will continue to travel and communicate city to city, town to town, stirring up unrest and hate, keeping people on edge waiting to see the result of this cliff-hanger. If the verdict is not what they want, perhaps Obama will have to institute martial law to preserve order, form a national police force and postpone the 2016 elections. Crazy? Maybe, but we are on the edge in this country. Attacks are coming from all sides, from inside and outside of our borders, and we are becoming overwhelmed. What happens when Baltimore spreads across the country and our television screens show four or five cities burning at once? Who will we turn to at that point? ‘One Nation under God’ – we need Him now more than ever.” – Faded actress Morgan Brittany, writing for World Net Daily. Brittany, you may recall, murdered Bobby Ewing in an episode of Dallas that was later revealed to have been a dream.