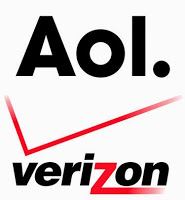 Verizon is buying AOL for about $4.4 billion, or $50 a share, the companies announced Tuesday. The deal aims to create a major new player in the digital media business by combining one of the biggest mobile network providers with a leading content producer. It’s part of Verizon’s plan to dominate a future in which all content — from TV channels to publications — are streamed over the Internet. It also fits into the company’s plan to connect everything from smartphones to TVs and refrigerators in the “Internet of Things.” AOL, which is perhaps best known for its 90s era dial-up service, has transformed over the past few years into an Internet media giant. It’s online properties include The Huffington Post, TechCrunch, Engadget, Makers and AOL.com. AOL boasts a significant advertising business, with an estimated $600 million in revenue. That’s also part of the appeal for Verizon as it plans to launch its own digital and video platform later this year.

AOL will keep its name and operate as a separate division.