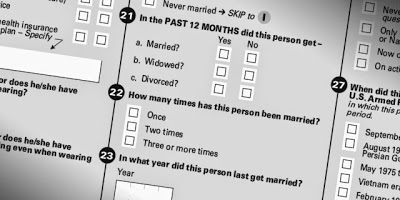 Responding in part to pressure from the Family Research Council, the US Census Bureau has decided to keep the marriage-related questions that appear on the survey it sends to nearly 300,000 households every month.

The bureau had proposed eliminating questions from the American Community Survey that asked respondents whether they have been married, widowed or divorced within the past year. Also proposed for removal were questions on how many times a person has been married and when he or she last got married, which can be used to measure marital stability. Agency officials announced their about-face on the marriage questions, in part because of criticism from researchers, in a Federal Register notice published last month. Census Bureau officials said the volume of comments on the proposal to drop the questions – nearly 1,700 – was “unprecedented in the history of the survey.” More than 400 of those comments said the proposal showed the bureau did not value information about marriage, and some conservative groups (including some who oppose same-sex marriage) have spoken out against the proposal. More than 100 comments, including some from population research groups, argued that the questions are needed to measure marriage trends, because there is no other national source of this information and quality of state vital statistics vary greatly.

The survey is used to help guide the distribution of more than $400B in federal funds annually.