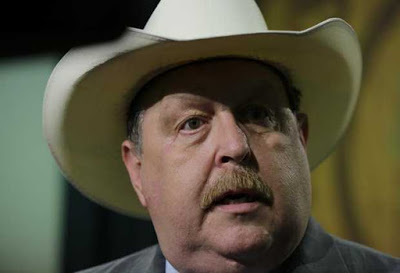 Divisive efforts by Texas Republicans to defy the U.S. Supreme Court if same-sex marriage is legalized ended Wednesday night with conservative finger-pointing and opponents feeling relieved. The first session under Republican Gov. Greg Abbott will end next week without a measure that gay rights activists considered one of the harshest in any U.S. statehouse: restrictions that would prohibit government officials from giving marriage licenses to same-sex couples.

The Senate deadline for passing bills was midnight Wednesday. But with less than four hours to go — likely enough time for Democrats to run out the clock if the bill came up — the proposal was dropped. Republicans instead only passed a resolution that reaffirmed their belief of marriage being between a man and a woman. “Good legislation was sacrificed, but appropriately so to see this language fail,” said Democratic state Rep. Garnet Coleman, whose unrelated bill was used by the Senate to carry the marriage-license amendment. “It is offensive to my constituents, it’s offensive to me, and it’s offensive to our constitution.”

Texas Values has the sadz.