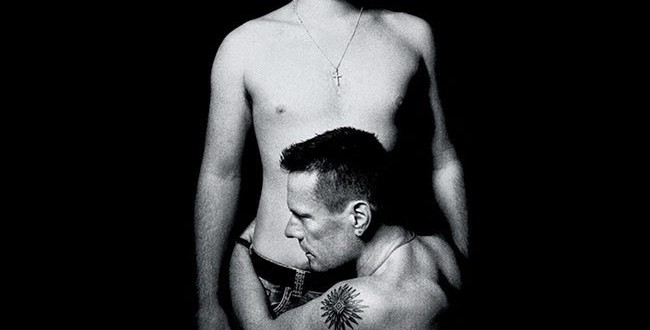 Last year Apple annoyed some of its customers when it included an automated free download of the latest U2 album as part of the launch of the iPhone 6. Now a Russian lawmaker is accusing Apple of distributing gay propaganda because of the album’s artwork. Via Gay Star News:

Alexander Starovoitov, a member of the right-wing LDPR party, said youths were “corrupted” after they received U2’s new album Songs Of Innocence in September 2014. The album, which was distributed to 500 million iTunes customers worldwide, featured the band’s drummer Larry Mullen Jr with his 18-year-old son Elvis. Both were shirtless. The group said it was a metaphor, how “holding on to your own innocence is a lot harder than holding on to someone else’s.” Starovoitov claims the U2 album art promotes gay sex and is reportedly ready to sue Apple for compensation for moral damages on behalf of his own son. “I, like many Russian citizens, own an iPhone. In 2014, the band U2 forced my phone to download their new album. Their cover album depicts two men, which in my view, depicts the expression of a non-traditional sexual relationship to each other. It should be noted these songs could not be removed from the phone.”

Apple reacted to the U2 backlash by issuing special instructions on how to delete the album. The company has not responded to the latest flap in Russia.