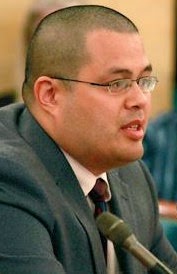 Robert Oscar Lopez: The Government Will Pay Reparations To Kids Of Gay Parents

“Over time, there is no doubt that there will be at least 100,000 citizens, probably well over 500,000, placed into same-sex homes entirely or predominantly because of the state’s response to demands for expanded marriage rights from gay lobbying organizations. These citizens will not have chosen to be deprived of a parent of one gender and subjected to the authority of an additional guardian of the other gender – these are citizens for whom the choice will have been made by the government (a government run by an older generation), when they were infants, or not even born yet, and had no way to consent to or understand what was being done to them. A sizable number of these citizens could come together and document losses, damages, or ‘pain and suffering’ incurred because they were forced to grow up in a same-sex parenting home as opposed to a home with a mother and father. If this ends in a reparations trial decades down the line, we can’t say there weren’t ample warning signs of what was to come.” – Homocon horcrux Robert Oscar Lopez, in an American Thinker column comparing the children of gay parents to the Japanese-Americans interned during World War II.

PREVIOUSLY ON JMG: In April 2014 Lopez filed a SCOTUS brief in which he opposed same-sex marriage because gay people have been been mean to him. In March 2015 Lopez declared that gay activists are incentivizing home-wreckers. Also in March 2015 Lopez declared that gay parents like Elton John are disgusting terrorists. In December 2014 Lopez filed an amicus brief with the Eleventh Circuit Court in which he opposed Florida marriage because gays have been telling lies about him. In September 2014 Lopez compared the Human Rights Campaign to the Khmer Rouge. Also in September 2014 Lopez petitioned the Fifth Circuit Court of Appeals to stop gay marriage in Texas because he used to be a prostitute. In April 2014 Lopez filed an anti-gay amicus brief in support of Virginia’s ban on same-sex marriage. In March 2014 Lopez declared that gay men are turning surrogate mothers into breeding slaves. In 2013, in addition to appearing on stage at an anti-gay Manif Pour Tous rally in France that was supported by neo-Nazis, Lopez testified against LGBT equality before several state legislatures and he co-signed an anti-gay homocon brief to the Supreme Court in support of DOMA. You really must read the Media Matters take on Lopez’ trilogy of gay erotica.