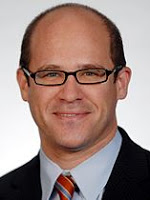 Quote Of The Day – Orin Kerr

“If I understand the history correctly, in the late 1990s, the President was impeached for lying about a sexual affair by a House of Representatives led by a man who was also then hiding a sexual affair, who was supposed to be replaced by another Congressman who stepped down when forced to reveal that he too was having a sexual affair, which led to the election of a new Speaker of the House who now has been indicted for lying about payments covering up his sexual contact with a boy. Yikes.” – Orin Kerr, writing for the Washington Post. – (Tipped by JMG reader David)