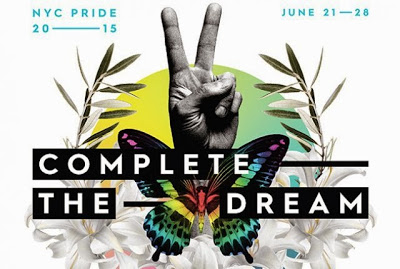 Heritage of Pride, organizers of NYC Pride and the annual New York City Pride March, today announced the event’s Grand Marshals for 2015. This year’s marshals are: Sir Derek Jacobi and Sir Ian McKellen, both openly gay English actors currently co-starring in the PBS series “Vicious.” Sir Jacobi is primarily known for his stage work and in films like “The King’s Speech” and “Gladiator” while Sir McKellen is often recognized for his recurring roles as Magneto in the “X-Men” films and Gandalf in the “Lord of the Rings” and “Hobbit” films; J. Christopher Neal, New York-based artist and leader of FluidBiDesign, an advocacy group and a community for fluid men of African descent; and Kasha Jacqueline Nabagesera, considered the mother of the Ugandan LGBT rights movement and co-founder of the first Uganda Pride celebration.

All of the grand marshals appear in the clip below in which McKellen and Jacobi dish quite amusingly.