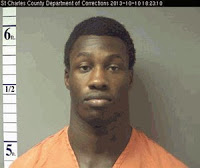 Michael Johnson, the HIV positive former college wrestler better known as “Tiger Mandingo,” faces life in prison after being found guilty today of one count of recklessly infecting a partner with HIV, one count of attempting to recklessly infect a partner with HIV, and three counts of recklessly exposing partners to HIV. “They’ve paid their price,” prosecutor Philip Groenweghe said of Johnson’s partners during closing arguments. As for Johnson, he asked the jury: “What price shall he pay?” The story of Johnson’s case, and the way in which it became both a media flashpoint and a morality tale, was the subject of a BuzzFeed News investigation last year. Following a three day trial, the jury reached a decision after just two hours of deliberation. Johnson’s mother, Tracy Johnson, was in attendance as the verdict was read, as was Dylan King Lemons, Johnson’s former partner, who testified that he went to police when he noticed that the HIV-positive Johnson was on gay hookup apps.

Health workers testified that they informed Johnson of his HIV status and warned him that failure to disclose is a felony in Missouri. Six of Johnson’s partners testified that that he did not disclose to them and those claims were refuted by Johnson. One of Johnson’s accusers admitted that he had unprotected sex with him for a second time even after confronting him about his status. Johnson faces a minimum of ten years in prison. He will be sentenced today. Hit the link for much more.