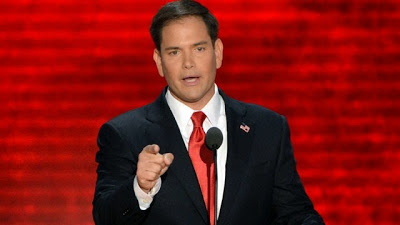 Senator Marco Rubio (R-FL), who announced last month that he will seek the GOP presidential nomination in 2016, will hold a campaign fundraiser on Wednesday with an array of Washington lobbyists. One of the lobbyists co-hosting the event (and helping to raise money for Rubio) is BGR Group principal Jennifer Lukawski. She recently served as the registered foreign agent for a western African regime known for its human rights abuses, including repeated threats to behead gay people. In April 2013, BGR Government Affairs LLC and the then-Secretary General of The Gambia signed a contract. In exchange for $45,000 a month (plus expenses), BGR agreed to “advocate and help build support for increased political and economic assistance from government and non-governmental organizations for The Gambia’s adolescent and adult female education programs. BGR may provide guidance and counsel on other issues from time to time as required.” Several weeks later, Jennifer Lukawski informed the Department of Justice that she would be lobbying for The Gambia pursuant to that deal. The arrangement continued until that December.