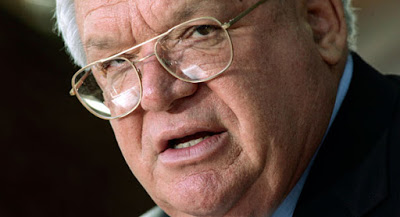 Federal prosecutors have indicted former U.S. House Speaker House Dennis Hastert on bank-related charges. According to a statement from the U.S. Attorney’s Office was 73-year-old Hastert was charged “with structuring the withdrawal of $952,000 in cash in order to evade the requirement that banks report cash transactions over $10,000, and lying to the Federal Bureau of Investigation about his withdrawals.” According to the indictment, in 2010, Hastert agreed to provide Individual A $3.5 million in order to compensate for and conceal his prior misconduct against Individual A. From 2010 to 2014, Hastert withdrew a total of approximately $1.7 million in cash from various bank accounts and provided it to Individual A.

RELATED: Hastert holds the record for longest-serving GOP House Speaker at 8 years. He retired in 2007. In 2006 Rolling Stone rated him as one of the worst members of Congress ever. He also allegedly had a role in covering up the page scandal that ultimately brought down Rep. Mark Foley.