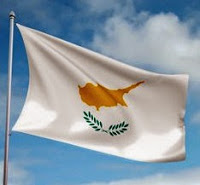 The Cypriot Cabinet Wednesday approved a long-awaited civil partnership bill that would allow gay couples to register their relationships and grant them all marriage rights except joint adoption. The legislation will now be sent to parliament, where it will be discussed and put to a vote. Interior Minister Socrates Hasikos, who helped prepare the bill, said Cyprus was ready for same-sex unions. ‘I am certain that society is mature enough to accept it. Besides, this is what people are asking for through various groups and organisations, political parties, and society at large,’ he said. ILGA-Europe said they expected that Cypriot parliamentarians would proceed with the bill without delay and support it.

Previous Todd Starnes: Children Are Learning About LGBT Rights Instead Of American History
Next You Sexy Thing: Errol Brown Dies At 71