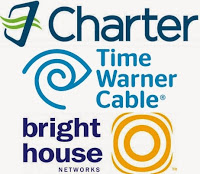 Charter To Buy Time Warner For $55B

Time Warner Cable didn’t take long to recover from the breakup of its deal with Comcast. The second-largest cable TV provider in the U.S. is close to a deal to be acquired by Charter Communications for $55 billion in cash and stock, according to reports from Bloomberg and CNN Money. The deal also reportedly include the acquisition of Bright House Networks, another cable TV provider. A combined Charter, TWC and Bright House is expected to have less trouble getting past government regulators since it will have a smaller broadband Internet audience. Still, the FCC effectively scuttled the Comcast/TWC deal on concerns about negatively impacting the burgeoning Internet-based television market that has grown rapidly in the past year. Such concerns would undoubtedly be investigated about this newest deal.

Should the deal go through, the combined company will be called New Charter.