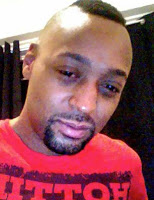 It was two years ago next week that thousands of LGBT New Yorkers poured into the streets to protest the senseless murder of Mark Carson, 32, [photo], who was shot point-blank in the head after he said “yes” when asked if he was gay. The suspected killer, Elliot Morales, then 33, was apprehended immediately and reportedly laughed and boasted about the murder to the arresting officers. In August 2014 the New York County District Attorney’s office declared that they would not be offering a plea deal to Morales, who faces life imprisonment without parole.

Today we learn that Morales’ confession might be thrown out. Duncan Osborne reports at Gay City News:

A number of statements made to police and a prosecutor by the accused killer of Mark Carson may be thrown out because police failed to give Elliot Morales his Miranda warnings and the assistant district attorney who took Morales’ videotaped statement ignored both his request to remain silent and his refusal to answer questions. “You’re obviously aware that there are some problems with the question and answer session,” Judge Charles H. Solomon told Shannon Lucey, the assistant district attorney who is prosecuting the case, during a May 11 hearing on the admissibility of evidence in the case. Once Morales was in police custody, law enforcement was required to inform Morales of his right to remain silent, his right to an attorney, and other Miranda rights if they wanted to use any statements he made at a later trial. His attorney, Gary Sunden, said police began questioning Morales soon after he was in handcuffs. “There were questions put to Mr. Morales, on the ground, face down,” Sunden said during the hearing. “At the time of all of these alleged statements, no Miranda warnings had been given to Mr. Morales.”

Osborne notes that the case against Morales remains strong due to his possession of the murder weapon and the statements of eyewitnesses. Hit the link for much more.

Previous Ted Cruz: Gay Marriage Is The Greatest Threat To Religious Liberty In US History
Next LUXEMBOURG: Gay PM Gets Married