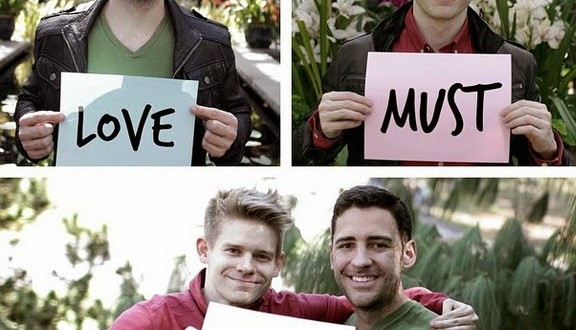 In the final days before the SCOTUS hearing, Freedom To Marry has launched the #LoveMustWin hashtag across social media, earning the tweeted support of politicians like Chicago Mayor Rahm Emanuel and many others. Above on the left is Broadway’s Andrew Keenan-Bolger, who notes on Instagram that he remains unable to marry in his home state of Michigan.