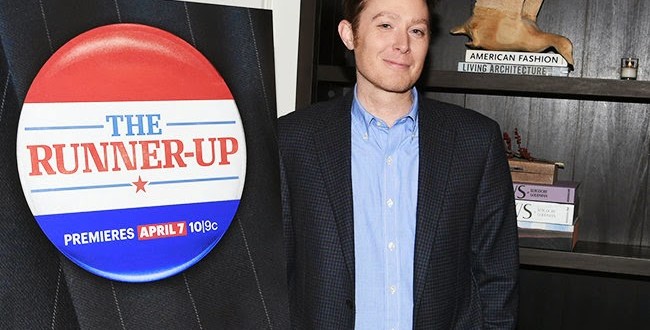 The political baptism of Clay Aiken will be explored with the premiere of the new docu-series, The Runner-Up, premiering Tuesday night (April 7) on the Esquire Network. From the very first frame, the cameras follow him from his initial days stumping door to door to the nail-biting drama leading to the results of the primary election as the American Idol and Celebrity Apprentice alum campaigns for a North Carolina Congressional seat in 2014. What the cameras did capture was Aiken-a Democrat- unfiltered. He curses like a sailor, micro-manages his staff — a key example is when he obsesses over the proper way signs are displayed for oncoming traffic — and says some politically incorrect statements about his Democratic opposition, Keith Crisco, who attacked him in campaign advertisements stating he did not show up for meetings of a presidential committee for people with disabilities. He also takes selfies on the campaign trail with unsuspecting voters who did not even realize he was running for office, records robo-calls with his cell phone, and stews over how publicity for his campaign is being run. All of this — and the nail biting drama of waiting for primary results — is captured in four days worth of footage. And that’s just the first episode.

The Esquire Network used to be the Style Network. Find it on your local cable provider here.