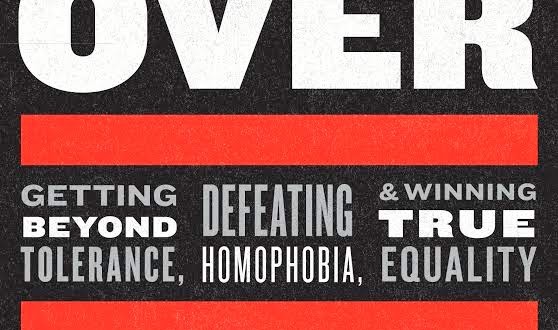 Michelangelo Signorile’s latest book, It’s Not Over, goes on sale nationwide on Tuesday and we’ve got three copies to give away to JMG readers. From the Amazon description:

Marriage equality has surged across the country. Closet doors have burst open in business, entertainment, and even major league sports. But Michelangelo Signorile argues in his most provocative book yet, the excitement of such breathless change makes this moment more dangerous than ever. Puncturing the illusion that victory is now inevitable, Signorile marshals stinging evidence that an age-old hatred, homophobia, is still a basic fact of American life. He exposes the bigotry of the brewing religious conservative backlash against LGBT rights and challenges the complacency and hypocrisy of supposed allies in Washington, the media, and Hollywood.Not just a wake-up call, It’s Not Over is also a battle plan for the fights to come in the march toward equality.

For 25 years, Michelangelo Signorile has been one of America’s most incisive critics and influential activists in the movement for gay equality, and It’s Not Over demonstrates he is better than ever. The new book is a penetrating look at one of the great social movements of our time and the challenges that lay before it. With detailed reporting and razor-sharp analysis, Signorile exposes the dangerous triumphalism that has taken hold. He reveals the bigotry and bias still deeply embedded in the media, the political establishment, and throughout American culture. And he provides an illuminating, stirring plan of action to vanquish it.

Enter to win It’s Not Over by commenting on this post. You can either leave an email address that you check frequently or I can respond to your comment with the notice of your win. (You’ll need to check your Disqus notifications.) Winners are chosen by using a random number generator. Entries close at midnight on Monday and I’ll post the names of the winners on Tuesday when the book launches.

Previous Todd Starnes Has The RFRA Sadz
Next LOUISIANA: Poll Shows 36% Back Firing People For Being Gay Or Transgender