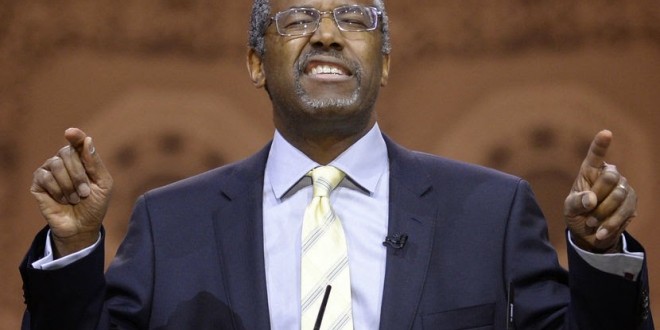 Southern Baptists find themselves in the midst of another political controversy over the upcoming appearance — now canceled — of Ben Carson at their Pastors’ Conference. Carson is a celebrated neurosurgeon, conservative commentator and likely presidential candidate. A number of Baptist pastors, especially those affiliated with Baptist21, spoke out against Carson’s appearance. Their concerns were primarily that Carson, as a Seventh-Day Adventist, presumably holds doctrines that fit uneasily with evangelical theology. Carson has also made statements about Muslims, Jews and Christians all being “God’s children,” perhaps implying that there are multiple paths to God. Hosting Carson and other Republican candidates, the critics said, continues to convey the impression that the Southern Baptist Convention (SBC) is “in bed with the Republican Party,” as Baptist21 put it. Leaders of the Pastors’ Conference “mutually agreed” with Carson that he would withdraw.

When Ben Carson isn’t fundie enough for the fundies…I don’t even know how to finish this sentence.