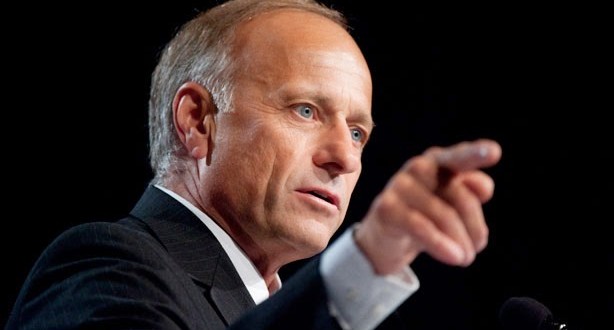 Rep. Steve King (R-IA) has introduced a bill that would strip federals courts of the power to rule on marriage. His bill is titled the Restrain the Judges on Marriage Act of 2015. Via The Hill:

Last year King declared that in 2000 years, no gay person has ever gone to heaven. The next day he said that leftists had “fabricated” the remark and that he stands by having said it. Yup.