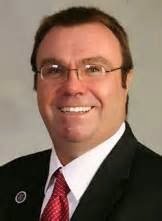 A North Dakota lawmaker who sent an explicit photo of himself to another man says the exchange being made public is retaliation for a recent vote against expanding gay rights. Rep. Randy Boehning, a 52-year-old Republican legislator from Fargo, says a Capitol employee told him a fellow lawmaker vowed to out him as gay if he continued to vote against bills granting gays legal protections against discrimination. Boehning refused to identify at this point who he believes is behind the purported political payback for his vote against Senate Bill 2279, the third such bill defeated in the past six years by North Dakota legislators.

The exchange came to light when Dustin Smith, a 21-year-old Bismarck man with no known connections to the Capitol, contacted The Forum earlier this month, saying he recognized Boehning from a gay dating smartphone app called Grindr. Chatting under the user name Top Man!, Boehning sent Smith sexually suggestive messages and, in the early morning hours of March 12, an unsolicited photo of his penis, according to exchanges reviewed by The Forum. “How can you discriminate against the person you’re trying to pick up?” Smith said in a recent interview. When first questioned about the messages two weeks ago, Boehning declined to comment on whether he sent the explicit photo and messages. But on Saturday he confirmed he was Top Man! and said he doesn’t think sending a graphic photo of himself to a stranger is a lapse in judgment, as Grindr is an adult site where users often exchange such images.

Boehning defends his anti-gay voting record, saying he is merely following the wishes of his constituents. He also says that he’s now glad the have the “1000-lb gorilla” of the closet off his back. (Tipped by JMG reader Mark)

Previous Our Big Day Is Here: Open Thread
Next What If We Lose?