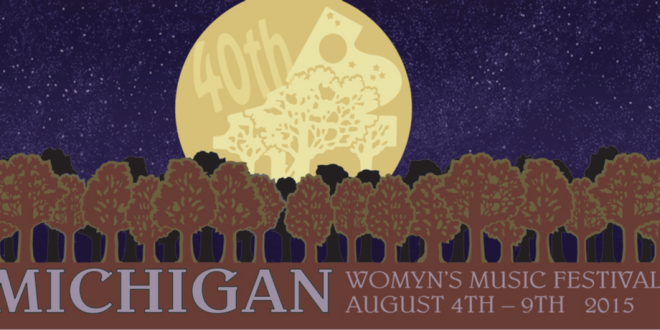 The 40th Michigan Womyn’s Music Festival, to be held this August, will be the last, its founder announced today. The storied women-only event, first held in 1976, has been the subject of controversy in recent years because of its exclusion of transgender women, with many artists and organizations deciding to boycott. Founder and organizer Lisa Vogel gave no reason for ending the fest, however, in a Facebook post announcing the decision. “We have known in our hearts for some years that the life cycle of the Festival was coming to a time of closure,” she wrote. “Too often in our culture, change is met only with fear, the true cycle of life is denied to avoid the grief of loss. But change is the ultimate truth of life. Sisters — I ask you to remember that our 40 year Festival has outlived nearly all of her kin. She has served us well. I want us all to have the opportunity to experience the incredible full life cycle of our beloved Festival, consciously, with time to celebrate and yes, time to grieve.”

Acts that have pulled out of the event over the exclusion of transwomen include the Indigo Girls and Lea DeLaria. Earlier this month the National Center for Lesbian Rights and the Task Force were criticized for removing their names from a petition calling for full inclusion.