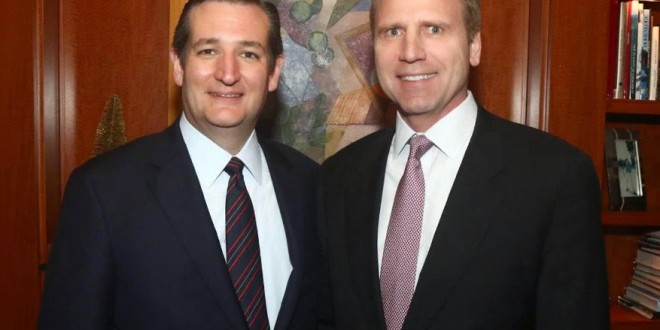 Hotelier Mati Weiderpass: My Meeting With Ted Cruz Was Good For LGBT Rights

“I am happy to see such passion and energy in support of gay rights. We just need to channel that passion and energy to those who would deny us those rights. The dinner with Ted Cruz happened only because IT WAS NOT A FUNDRAISER. It was about security for Israel, but it also gave me a rare opportunity to address the gay issues for which Ted Cruz has championed against. THREE FACTS WILL MAKE IT MORE DIFFICULT FOR TED CRUZ TO BE THE CHAMPION AGAINST GAY RIGHTS: 1) he had a private dinner (not a fund raiser) at a gay couples home, 2) he is in several pictures at that gay household, and 3) he stated he would love his daughter the same if she were gay. Those facts are difficult to reconcile with his stance on gay issues — Ted’s far right anti-gay supporters are screaming now. We need to be persistent with our message and it will slowly seep thru even to those most vehemently against gay rights.

“Ken Mehlman was the Chair of the Republican National Committee whose platform included several anti-gay positions. Later in life Ken was instrumental in the passage of Gay Marriage in NY State. People’s views can be changed over time. I worked 6 years for the repeal of Don’t Ask Don’t Tell, which required many unpleasant conversations with people who opposed Gays in the Military. And it worked! THE GAY MOVEMENT NEEDS YOUR HELP. Tell those people that are against us or just neutral, that gay people have families, friends, some worship in church and we don’t want to be demonized. Light up social media with calls for the SUPREME COURT TO RULE IN FAVOR OF GAY MARRIAGE! ‪#‎SUPREMESFORMARRIAGE‬ – Manhattan hotelier Mati Weiderpass, posting to the Facebook boycott page. (Tipped by JMG reader BD)