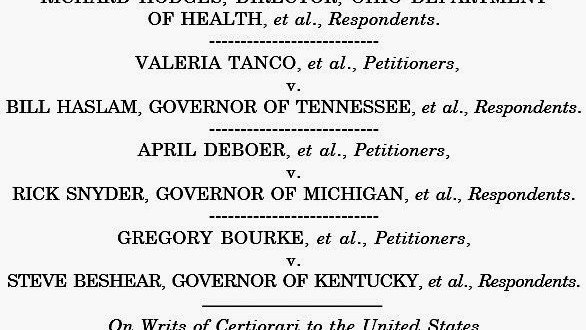 A coalition of anti-gay hate groups has filed an amicus brief to the Supreme Court which argues, among other reasons, that same-sex marriage must not be approved because otherwise the nation will be overrun with trampy girls and violent boys. From the brief:

Fathers tend to roughhouse and engage in stimulating play with their children, which helps teach them to avoid violence and control aggression—important lessons that in turn enable children to form healthy relationships with their peers. Fathers also discipline less frequently than mothers, but are more consistent in applying predetermined consequences for particular actions. Indeed, the mere presence of a father in the home significantly reduces the likelihood that boys will engage in delinquent behavior. For boys, fathers also serve as role models by engendering a healthy respect for femininity, and that respect discourages compensatory masculinity and associated aggressive and violent behavior. For girls, an involved father reduces the likelihood of early sexual activity and teenage pregnancy, promotes self-esteem and a positive body image, and decreases the risk of eating disorders.

Among the brief’s “authorities” is discredited researcher Mark Regnerus. Signees of the brief include Focus On The Family, The Family Leader, the Indiana Family Institute, the Center for Arizona Policy, the Christian Civic League of Maine, the Florida Family Policy Council, Hawaii Family Advocates, and a jillion other nutbag groups with “family” in their names. Don’t hold your breath for these groups to act against the millions of American households headed by all those single heterosexual parents.

Previous Frothy Mix: Unlike Sen. Marco Rubio, I Would Never Attend A Gay Wedding
Next This Is An Ad For Something