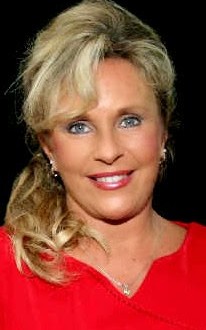 The Foundation for Moral Law, a Montgomery-based nonprofit corporation dedicated to defending the Constitution as understood by its Framers, filed a motion Monday in the United States Supreme Court, urging the recusal of two Justices who have performed same-sex marriages. Canon 3A(6) of the Code of Conduct for United States Judges provides that “A judge should not make public comment on the merits of a matter pending or impending in any court.” 28 U.S.C. sec 455(a) mandates that a Justice “shall disqualify himself in any proceeding in which his impartiality might reasonably be questioned.” Because they have performed same-sex marriages, and because Justice Ginsburg has spoken publicly in favor of same-sex marriage, the Foundation contends that those Justices are predisposed to rule in favor of same-sex marriage and are unable or unwilling to consider this case impartially, and that their words and actions give the appearance of bias, if not bias itself. Foundation President Kayla Moore said, ” Common sense dictates that one who has performed same-sex marriages cannot objectively rule on their legality. If these Justices participate in this case, the Court’s decision will forever be questioned as being based on their personal feelings rather than on the Constitution itself. With far less evidence of bias Chief Justice Roy Moore voluntarily did not vote on the recent Alabama Supreme Court case regarding same-sex marriage. Justices Ginsburg and Kagan should follow his example.”

RELATED: Kayla Moore took over as head of the Foundation For Moral Law when her husband Roy Moore was reelected to the Alabama Supreme Court after having been booted from the bench for refusing to remove a Ten Commandments display from his courtroom. Roy Moore’s triumphant return was bankrolled by a leader of an SPLC-certified racist hate group who recently “celebrated” the 150th anniversary of the assassination of Abraham Lincoln.