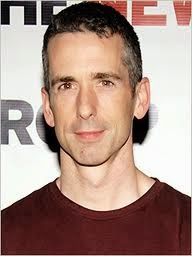 Dan Savage To Bullied LGBT Students: Tell The Bullies That Homophobia Is Gay

Here’s my advice for LGBT students and allies at McGuffey High: Print out a few hundred copies of the abstract of the study I quoted from above—a reputable, peer-reviewed study published by the National Institutes of Health—and highlight the same parts I bolded. Then tape copies of the highlighted abstract to the lockers of all the boys who participated in “Anti-Gay Day” and hand out copies to everyone else at your school. Will you be accusing the boys who wore flannel, assaulted queer students, posted antigay Bible verses on your lockers, and passed out that a “lynch list” of being gay themselves? Yes. Does that mean you’re throwing “gay” around in an accusatory way? Yes. Does that mean you’re accepting, for sake of argument, the homophobe’s central premise, i.e., that there’s something wrong with being gay? Yes it does. But sometimes you have to fight fire with fire. [snip] By letting the entire student body know that science says being a homophobe is totally gay—gay as in the turned-on-by-homosexual-stimuli sense, not the gay-as-in-that-is-so-lame sense—will make these boys less likely to attack you. Because homophobia is gay.

Hit the link to read more and to see the abstract.

Previous Today’s FRC Marriage Fast Message: Pray That The Jewish Justices Remember That Homosexuals Are To Be Executed
Next Maggie Gallagher: Christians Must Be Prepared To Rebuild A Ruined Civilization