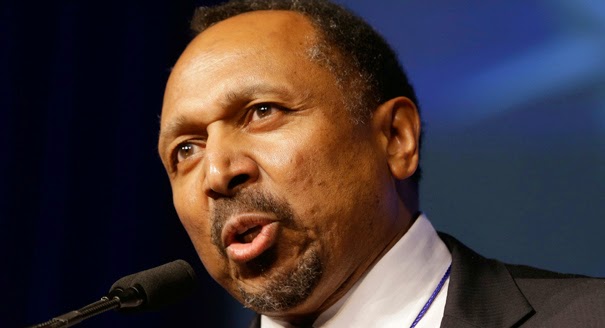 “People have to remember Christians have died for our faith. We have died for our commitment for  the word of God. So the idea that those of us who believe are just going to roll over due to social pressure when we know that we follow a long line of heroes of the faith who have surrendered everything? We’re certainly not going to back up just because people are upset with us. I think that we are sowing the seeds of our internal destruction. We believe that we answer to a higher authority. Truth forever on the scaffold, wrong forever on the throne. We will give our lives standing for the truth.” – E.W. Jackson, ready to die over same-sex marriage.