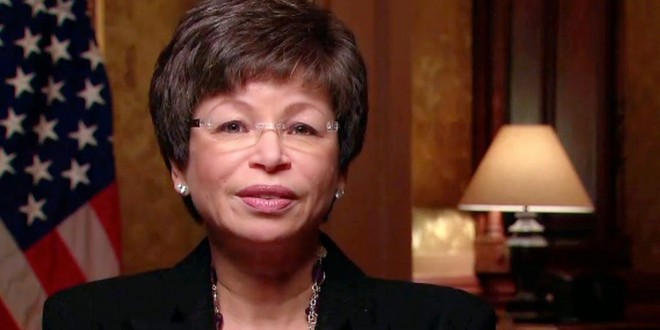 In December 2014 transgender teen Leelah Alcorn threw herself into traffic after writing a suicide note describing how her parents forced her to undergo “ex-gay” torture. Leelah’s death brought national attention to “ex-gay” torture therapy and spawned a petition to the White House which demands a federal ban on such abuses. After receiving more than 120,000 signatures, tonight White House senior advisor Valerie Jarrett responded on the petition site. An excerpt:

Conversion therapy generally refers to any practices by mental health providers that seek to change an individual’s sexual orientation or gender identity.[1] Often, this practice is used on minors, who lack the legal authority to make their own medical and mental health decisions. We share your concern about its potentially devastating effects on the lives of transgender as well as gay, lesbian, bisexual, and queer youth.

When assessing the validity of conversion therapy, or other practices that seek to change an individual’s gender identity or sexual orientation, it is as imperative to seek guidance from certified medical experts. The overwhelming scientific evidence demonstrates that conversion therapy, especially when it is practiced on young people, is neither medically nor ethically appropriate and can cause substantial harm. As part of our dedication to protecting America’s youth, this Administration supports efforts to ban the use of conversion therapy for minors.

Jarrett’s message goes on to note that while a federal ban on “ex-gay” torture would require passage by Congress, the Obama administration would support such a bill.

Jarrett’s response opens with this 2009 quote from President Obama:

“Tonight, somewhere in America, a young person, let’s say a young man, will struggle to fall to sleep, wrestling alone with a secret he’s held as long as he can remember. Soon, perhaps, he will decide it’s time to let that secret out. What happens next depends on him, his family, as well as his friends and his teachers and his community. But it also depends on us — on the kind of society we engender, the kind of future we build.”

In an interview on Wednesday, Ms. Jarrett said Mr. Obama was moved by the story of Ms. Alcorn’s suicide. But she said the problem went far beyond her. “It was tragic, but I will tell you, unfortunately she has a lot of company,” Ms. Jarrett said. “It’s not the story of one young person. It is the story of countless young people who have been subjected to this.” Mr. Obama will not explicitly call for a federal law banning therapists from using such therapies on their patients, but he is open to conversations with lawmakers in both parties, White House officials said on Wednesday. Instead, he will throw his support behind the efforts to ban the practice at the state level.