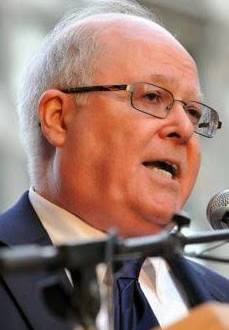 Bill Donohue: If Only All Christians Were Gay, Then Obama Would Have Their Back

“We know that President Obama is infinitely more sensitive to the concerns of Muslims than Christians. He cites Christians by name when he wants to blame them for some historical event, but he never mentions Muslims by name for their current slaughter of innocent Christians. His Secretary of State, John Kerry, is at one with him.

“Seven months ago, the Congress created a special envoy for religious minorities in the Middle East and South Central Asia. The State Department job remains unfilled, and no one has been named to assume the post. By contrast, two months ago the State Department named Randy Berry, a homosexual who claims to be married, to the spanking new job as special envoy for the human rights of LGBT persons. Randy started two weeks ago.

“So why is it that the Middle East, which is home to the 21st century’s first genocide, commands less attention than the rights of lesbians, gays, bisexuals, and transgender persons? Because the “religious minorities” that the special envoy post is supposed to address are mostly Christians. Too bad all Christians weren’t gay—then they would have a voice in the State Department.” – Bill Donohue, writing for the Catholic League.