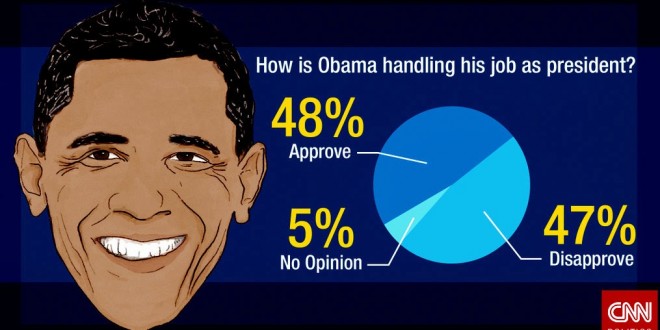 97% Of Liberal Dems Approve Of Obama

From the latest CNN survey:

For the first time since May of 2013, more Americans polled say they have a positive impression of how Obama is handling the presidency than a negative one: 48% approve of the way Obama is handling his job, while 47% disapprove. As among young people, other shifts in Obama’s favor have come largely from the President’s base. His approval ratings now tilt positive among women (51% approve to 43% disapprove, compared with 47% approve to 49% disapprove in last month’s CNN/ORC poll), and have also improved among Democrats (88% approve now compared with 82% in March), notably, liberal Democrats (from 90% approve in March to 97% now). At this point in his presidency, Bill Clinton held a 60% approval rating following his impeachment trial over the Monica Lewinsky scandal, largely buoyed by a strong economy. George W. Bush posted a 36% approval rating in April 2007, buffeted by the war in Iraq despite mostly positive reviews of the economy. And the spring of Ronald Reagan’s seventh year in office saw him earning a 48% approval rating from the public, a rating that was just beginning to recover from the Iran-Contra affair and didn’t get any boost from a tepid economic climate.

An overall 67% disapprove of the GOP leadership of Congress.