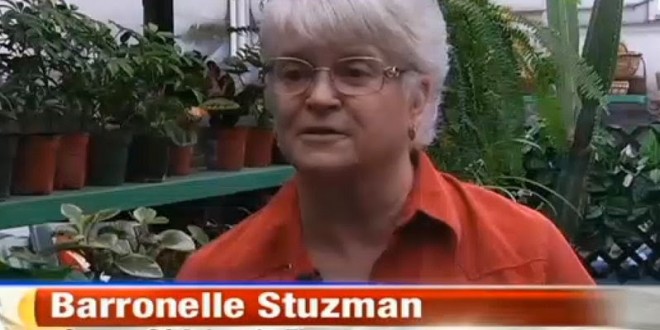 A Washington state florist who refused to provide flowers for a same-sex wedding was fined $1,000 Friday, plus $1 for court costs and fees. Benton County Superior Judge Alexander Ekstrom’s ruling gives Barronelle Stutzman, owner of Arlene’s Flowers and Gifts in Richland, Washington, 60 days to pay the state for her refusal to serve Robert Ingersoll and Curt Freed when they sought to buy wedding flowers in 2013. Attorney General Bob Ferguson, whose office requested the fine, said in a statement Friday that the ruling is a reminder of the reach of Washington’s anti-discrimination laws. “My primary goal has always been to end illegal discrimination,” Ferguson said. “I’m pleased that today’s ruling clearly prohibits discrimination against same-sex couples.” Before Ferguson’s office filed the consumer-protection lawsuit against Stutzman, it had sent her a letter asking for an agreement to no longer discriminate, which she refused. Ferguson’s statement Friday said the office would not have sued if Stutzman had accepted the agreement.

The judge also ruled that the gay couple is entitled to damages, but he reserved setting that amount until the appeals process runs its course. The Alliance Defending Freedom is very upset. Via World Net Daily:

Kristen Waggoner, ADF senior counsel, said the award to Washington Attorney General Bob Ferguson boils down to a government threat to Christians: “Surrender your religious liberty and free speech rights, or face personal and professional ruin.” Waggoner said the judgment Friday “affirms the court’s earlier decision that Barronelle must pay a penalty for her faith and surrender her freedom and conscience.”

“The penalty and fees imposed today are only the first punch,” Waggoner said. “The ACLU, on behalf of the same-sex couple also suing Barronelle, has asked the court to award them penalties, fees, and costs, which will financially devastate Barronelle’s business and personal assets – including taking this 70-year old grandmother’s retirement and personal savings. The message sent by the attorney general and the ACLU to the people of Washington is quite clear: surrender your religious liberty and free speech rights, or face personal and professional ruin.”

WND reported earlier when the state offered to settle its case for $2,001, but Stutzman rejected the offer out of hand. That was after Ekstrom authorized the state and the homosexual plaintiffs to pursue the business and personal assets of Stutzman, including her home, savings and retirement, in payment of damages and attorneys’ fees.