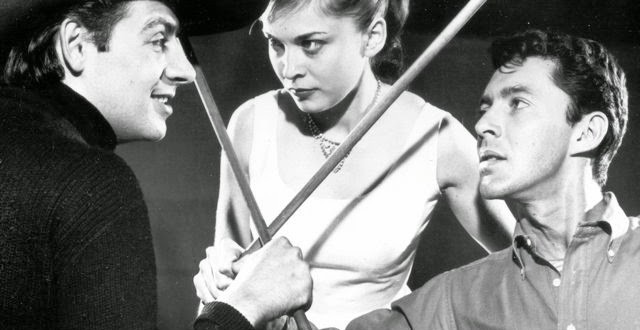 Try To Remember The Fantasticks

Playbill has the news:

The Off-Broadway revival of The Fantasticks, still the longest-running musical in world history and the longest-running play of any kind in American history, has announced that it will close in May. The little musical about a Boy, a Girl and the wall that separates them will close May 3, the 55th anniversary of the opening of the show in 1960. At the time of its closing, the production will have played a total of 20,672 performances in NYC: 17,162 at the Sullivan Street Playhouse in Greenwich Village, and 3,510 at the Jerry Orbach Theatre at the Snapple Theater Center at the corner of Broadway and 50th Street. Producer Catherine Russell told Playbill.com, “It has become increasingly challenging to sell lots of tickets consistently–we are either incredibly busy and selling out or selling fewer tickets that we have been in previous years. It’s feast or famine. So due to this uncertainty,I have reluctantly decided to close The Fantasticks on the 55th anniversary of its opening on May 3, 1960.