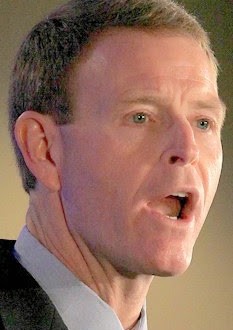 Tony Perkins Has The RINO Sadz

“Almost a dozen Republicans — some who visibly campaigned on natural marriage — sided with Senator Brian Schatz (D-Hawaii) in tearing down the last two federal holdouts that respect state marriage laws: the social security and veterans’ administrations. Unlike other departments, these agencies have consistently recognized marriage for couples based on the state where they live — not the state where they ‘married.’ In a stunning betrayal of voters and the GOP platform, 11 RINOs decided the federal government should trump state laws on marriage and force states to bow to the Left’s definition. In other words, the question was not just about what marriage is, but who gets to decide. Senators Kelly Ayotte (N.H.), Richard Burr (N.C.), Shelley Capito (W.Va.), Susan Collins (Maine), Dean Heller (Nev.), Mark Kirk (Ill.), Lisa Murkowski (Alaska), Rob Portman (Ohio), Thom Tillis (N.C.), Ron Johnson (Wisc), and Bob Corker (Tenn.) made it clear that they were quite comfortable undermining state marriage laws — even when many of these same Republicans (Tillis in particular) — were fighting last year to defend them!” – Hate group leader Tony Perkins, via email.