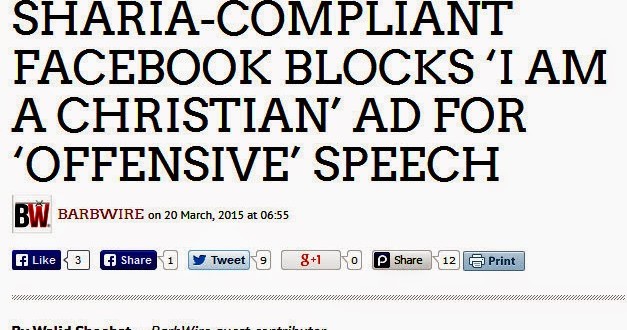 For the third time in four months, Christian leader Matt Barber has published a guest column from an advocate of the death penalty for homosexuality. Walid Shoebat claims to be a former terrorist for the Palestinian Liberation Organization, a claim which has been thoroughly debunked by the Israeli press. Shoebat also operates the Shoebat Foundation and on its website you’ll find calls for the gay death penalty and celebrations of violence against LGBT people.

Many of the Shoebat Foundation posts are written by Walid Shoebat’s son, Theodore Shoebat, who made the news recently when he called a dozen bakeries to ask if they would provide cakes with anti-gay messages. Below is an excerpt from a post written by the younger Shoebat for his father’s site:

To many modern Christians, allowing homosexuality as a right is esteemed as being “free under Christ,” as though Christ believed that evil deserves freedom. I find no freedom for the sodomite ever specified in the Bible or in any teaching in Church tradition. When we read that sodomites must “be put to death, for they are guilty of a capital offense” (Lev. 20:13), or, as we read from St. Paul, that homosexuals do things that “are worthy of death” (Romans 1:32) we either ignore these words, or explain away their significance. As long as we keep tolerating the homosexual, the more they will advance. This is why we must become militant, and fight this evil to the fullest extent.

And this was posted by the Shoebat Foundation just a few weeks ago:

Both Muslims and homosexuals want to destroy Christianity. Just look at some of the news that has come in recent times. Muslim activist, Fiyaz Mughal, joined forces with major sodomite activist, Peter Tatchell, to help fight intolerance against Islam, and of course homosexuality. Why would Muslims work with homosexuals? Because both want to wipe out Christianity, plain and symbol. This is why I love to watch this same deviant sodomite getting beaten up in Russia, as you can see in this video. The sodomites are working together with the Muslims to destroy an remnant of Christian ethics. Homosexuality and Islam needs to be outlawed, and the Law of God must be imposed upon them as enemies of the Faith. Both Homosexuals and Muslims, as well as Mormons, 7th Day Adventists, Jehovah’s Witnesses, are all corrupters of sound doctrine, and therefore their actions and ideology must be uprooted. If Christendom was here, the sodomites would regret ever coming out of the closet.

The above-linked post includes this gleeful Shoebat Foundation-made compilation video of gay people being brutally attacked by mobs. The clip concludes with a call for gays to be put to death.

One week ago Matt Barber published a World Net Daily column in which he proclaimed “disgust” at previous BarbWire columnists who support putting gays to death. And then he went on to blame “virulent homosexual and atheist bloggers” for pointing out the columns in the first place. Both of the earlier BarbWire columns from gay death penalty advocates were deleted within 24 hours without any comment or apology on the site. Let’s see if Matt Barber even bothers with a deletion this time.

UPDATE: A reader points out that three posts by Walid Shoebat have been published by Matt Barber today. And one from Theodore Shoebat was published yesterday.