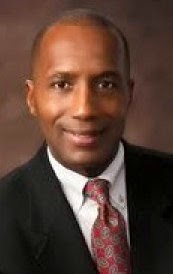 Via the San Antonio Express:

Barely two months after a federal judge struck down Texas’ hair braiding regulations, a move to erase the unconstitutional statute already has bipartisan support. Not so for Texas’ anti-sodomy law, which remains on the books a dozen years after the U.S. Supreme Court declared it unconstitutional. “Absolutely, there is a difference,” said Rep. James White, R-Hillister, who has filed a bill to do away with the braiding statute but wants to keep a similarly illegal law that criminalizes homosexual sex. The braiding regulation, he said, “was a way of disenfranchising them out of the marketplace. I don’t necessarily think this was the case with sodomy.” White explained the discrepancy this way: Opposing homosexuality is akin to “a community coming together and having a moral standard, per se, as opposed to using the regulatory environment to disenfranchise people.” “Obviously, sodomy covers a lot of instances. It can even cover bestiality and there are a lot of public health standards and even decency standards,” he added.

Pro-LGBT Texas legislators have tried to remove the sodomy statute in every session since the US Supreme Court ruled in 2003. White has a 93% approval rating from the Eagle Forum. John Wright notes that White is wrong about bestiality, which remains perfectly legal in Texas.

Previous Boston’s Mayor Is Over The Snow
Next Barney Frank: LGBT Folks Are Beating Prejudice Because They Stopped Hiding