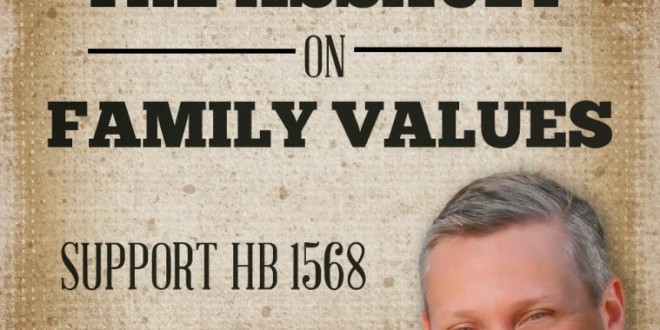 Only three Texas school districts offer plus-one insurance benefits that are inclusive of same-sex partners and even asshat Gov. Greg Abbott said that was legal back when he was the state’s attorney general. But that isn’t stopping state Rep Drew Springer.  John Wright reports at the Texas Observer:

Springer has introduced a budget amendment that would eliminate state funding for districts that violate the Texas Constitution, which prohibits recognition of same-sex partnerships. The amendment is similar to a bill Springer authored two years ago, which cleared committee but was never considered on the floor. Under Springer’s budget amendment, the education commissioner, in consultation with the attorney general, would decide whether districts have violated the Constitution. Districts would have 60 days to correct the problem. According to Equality Texas, Springer’s amendment is aimed at the Austin, Pflugerville and San Antonio school districts, which offer “plus-one” benefits that are inclusive of same-sex partners. But the group says those benefits are in line with a 2013 opinion from former Attorney General Greg Abbott, which found that such programs are only illegal if they create or recognize a status similar to marriage.

Before today Springer was most notorious for his Shopping Bag Freedom Act, which would have outlawed bans on plastic bags because, he claims, reusable fabric bags spread diseases.

RELATED: On Friday current Texas Attorney General Ken Paxton won a preliminary injunction that bans LGBT state employees from the right to take medical leave when their partners are ill. That ruling currently also applies to Louisiana, Arkansas, and Nebraska.