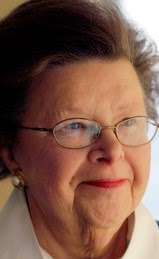 The longest serving woman in Congress in U.S. history is ready to retire. Maryland Democrat Barbara Mikulski will not seek a sixth term in the Senate in 2016. Mikulski made the announcement at a news conference in the Fells Point neighborhood in Baltimore Monday morning. “I am here today … to announce I will not be seeking a sixth term in the United States Senate,” Mikulski said. “This is a hard decision to make.” “Do I spend my time raising money or spend my time raising hell?” the Maryland Democrat said is a question that factored into her decision. Mikulski, whose direct and feisty character paved the way for women who joined the male-dominated Senate, joined the upper chamber in 1987 after ten years in the U.S. House. The 78-year old intends to serve out the remainder of her current term until January 2017. Mikulski is currently the top Democrat on the powerful Appropriations Committee. She was the first woman to chair the committee responsible for determining and allocating government funding when she took the gavel in December of 2012.

Mikulski is a longtime and ardent LGBT ally and has a 100% rating from the Human Rights Campaign.

Previous Dana Loesch: Gays Could Be Stoned In The Streets Over Public Accommodations
Next SNL: You’ve Just Been Ginsburned