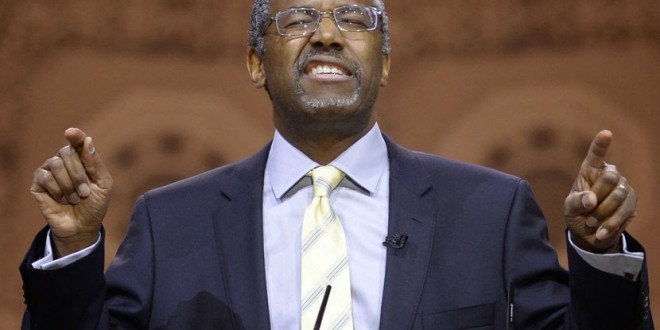 Remember Three Weeks Ago When Ben Carson Said That He Would No Longer Talk About LGBT Rights?

“It is absolutely vital that we do all we can to allow Americans to practice their religious ways, while simultaneously ensuring that no one’s beliefs infringe upon those of others. We should also serve as champions of freedom of religion throughout the world. As Americans, we have an obligation to denounce these acts of persecution. For when we stand up to such intolerance, we are defending the root of our freedom, both at home and abroad.” – Ben Carson, in a Breitbart “exclusive” about Indiana’s anti-LGBT law. Three weeks ago Carson declared that he would no longer speak on LGBT issues after he suffered national ridicule for claiming that prison turns men gay.