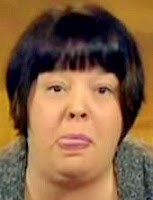 “Something very important is happening right now in Indiana. Pay attention: The Democrats are attempting to use their power in the mainstream media to get Republicans to retreat and mute the GOP on religious liberty or face being labelled anti-gay. Last year, the Left succeeded so well with this tactic on a similar RFRA bill in Arizona, they even got Mitt Romney and John McCain to denounce the bill. [snip] But this is a seminal moment for GOP presidential candidates: Will they have the courage to speak truth to power and support protections for religious people from government punishment? Or will they bow to the mainstream media narrative and commit the cardinal sin of declaring unilateral truce? Speak now, Bush, Walker, Paul, Rubio, Carson, Huckabee, Jindal, etc., because the future of religious liberty in America will depend in part on whether there is at least one political party willing to defend it. Courage is not optional.” – Maggie Gallagher, writing for her new site, The Pulse. (Tipped by JMG reader Christopher)


Gallagher is totally right about the importance of Indiana. The way this battle shakes out will surely lay the groundwork for for the next stage of our movement in a post-marriage equality nation.

Previous Remember Three Weeks Ago When Ben Carson Said That He Would No Longer Talk About LGBT Rights?
Next Who Will Argue At SCOTUS?