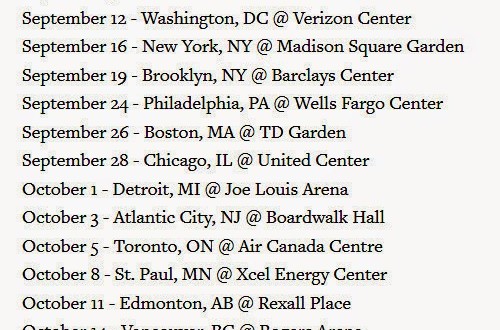 Madge’s last tour in 2012 was the top-grossing concert tour of that year, taking in an estimated $305 million. Her tours in this century alone have grossed over 1.2 billion. Ticket sales for the Rebel Heart tour begin tomorrow for Madonna fan club members and open to the general public on Monday when buyers will also get a “super deluxe” free download of the album plus six unreleased tracks. Ticket prices at Brooklyn’s Barclays Center start at $55 and top out at $415. Until it sells out, of course, and then the resellers and scalpers will score their usual three and four times face value.

Previous David Barton: The Bible Says There Will Never Be A Vaccine For HIV Because God Sent AIDS To Kill Homosexuals
Next Tweet Of The Day – Pastor Eat Da Poo Poo