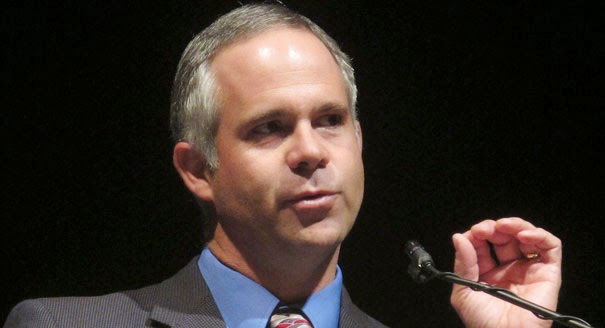 Family Research Council BFF and US House Rep. Tim Huelskamp (above) is best known around here for his attempts to block marriage equality and LGBT rights. But the “family rights” advocate now has a major in-house problem. Via Topeka’s CBS affiliate:

A staffer for a Kansas congressman is in jail charged with 17 counts of sexual exploitation of a child. Matthew P. Pennell was arrested on Thursday. Pennell was arrested following an investigation by the Dodge City Police Department and members of the Internet Crimes Against Children task force. The case has been filed with the Ford County Attorney’s office. His bond is set at $75,000. Congressman Tim Huelskamp Office issued this response to the allegations: “Upon learning of his arrest, the Office immediately placed Mr. Pennell on Leave Without Pay until further notice. Because this is an ongoing investigation, we are unable to provide further comment at this time.” – Mark Kelly, Chief of Staff, Office of Congressman Tim Huelskamp.