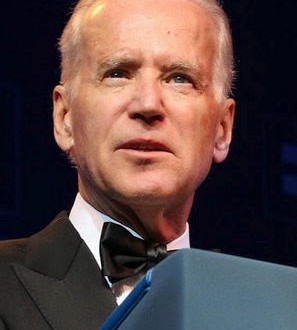 Via press release from the HRC:

Today, Vice President Joe Biden affirmed his support for federal non-discrimination protections for LGBT people while giving remarks at the Spring Equality Convention for the Human Rights Campaign (HRC), the nation’s largest lesbian, gay, bisexual, and transgender (LGBT) civil rights organization. Addressing the tremendous progress made for the LGBT community – from marriage equality to open and honest military service by gay, lesbian, and bisexual service members – the Vice President highlighted the challenges that remain, including the need for federal non-discrimination protections that protect all LGBT people.  “We have to pass the federal non-discrimination legislation, and we need to pass it now,” said Vice President Biden. Later this spring, a sweeping LGBT federal non-discrimination bill will be introduced in Congress—a bill that is expected to include protections in employment, housing, public accommodations, credit, education, jury service and federal funding. “In most states in this country, a couple who gets married at 10 AM risk being fired from their jobs by noon, and evicted from their home by 2 PM simply for posting their wedding photos on Facebook,” said HRC President Chad Griffin. “The time has come in this country for full federal equality, nothing more, nothing less.”

If you think the failed ENDA battle was ugly, just wait.

UPDATE: The Hill reports that Biden’s speech include a jab at Ben Carson.

“Eight, 10 years ago — even two years ago — homophobic statements would have been, if not embraced, not viewed as having generated any political liability. Look what’s happening in the other party today,” Biden said in a speech at the Human Rights Campaign in Washington. “Seriously, don’t misread the political trends in history here. Now, every ridiculous assertion — from Dr. Carson on. … I mean Jesus, God,” Biden said to raucous applause. “I mean — oh, God,” Biden said. “It’s kind of hard to fathom, isn’t it?” Biden cited the incident as indicative of a broader change in acceptance for gay people and others across the country. “Think about the universal ridicule. That wouldn’t have happened two years ago, five years ago. It matters, it matters. It shocks the conscience that at this moment in American history, 29 states in America, people are denied basic dignity because of who they are or who they love,” Biden said.