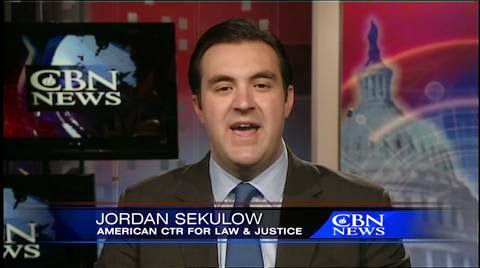 Prominent evangelical attorney Jordan Sekulow announced that he had signed on as senior adviser to Bush’s Right to Rise political action committee. Sekulow, the 32-year-old executive director of the American Center for Law and Justice (ACLJ), is notorious within LGBT advocacy circles for his support of anti-gay legislation abroad, particularly in Africa, where he has worked to keep homosexuality a criminal offense.

The timing of Sekulow’s hire is unusual, given that Buzzfeed’s Mckay Coppins recently dubbed Bush “2016’s Gay-Friendly Republican” for his seemingly softened stance on same-sex marriage and his growing team of gay-friendly operatives. But it serves as yet another reminder of the difficult position in which Republican presidential hopefuls now find themselves — not only do they have win over the GOP’s evangelical base to secure the nomination, they have to do so in a way that doesn’t completely alienate the general electorate, which is growing ever-more diverse and supportive of gay rights.

Jordan Sekulow is the son of infamous anti-gay activist Jay Sekulow, who yesterday joined Tony Perkins in testifying before the Senate on religious liberty. The elder Sekulow has argued before the US Supreme Court many times, most often on the issue of religious speech. Both Sekulows work for the Pat Robertson-founded American Center For Law & Justice, which in 2010 published a document in Zimbabwe which calls for “sexual relations between partners of the same-sex, bestiality, and other perversions to remain a criminal activity.”

Four years ago I reported that the Sekulow family is raking in tens of million from their “charity” work. From the USA Today piece I excerpted:

Since 1998, the two charities have paid out more than $33 million to members of Sekulow’s family and businesses they own or co-own, according to the charities’ federal tax returns. One of the charities is controlled by the Sekulow family — tax documents show that all four of CASE’s board members are Sekulows and another is an officer — an arrangement criticized by a nonprofit watchdog group. The founder of a different Christian legal organization takes aim at the idea of Sekulow profiting in the name of religion, saying it isn’t what Jesus would do. The American Center for Law and Justice’s tax attorney says the payments to the Sekulows and businesses they own or co-own are all made for the charities’ benefit and have passed an IRS audit. Sekulow’s supporters say he is a humble man dedicated to the Christian cause. Members of the Sekulow family declined requests for interviews.

Here’s more about the ACLJ, which in 2013 was named by Human Rights Watch as one of the “four worst anti-gay villains” in the world:

The American Center for Law and Justice (ACLJ), for attempting to export homophobia to Africa. Founded in 1990 by the Baptist Minister and televangelist Pat Robertson, and headed by Jay Sekulow, its chief counsel, the ACLJ strongly opposes LGBT equality and reproductive rights in the United States and across the globe. It works through offshoot organizations such as the East African Centre for Law and Justice (EACLJ) in Kenya, the African Centre for Law and Justice (ACLJ) in Zimbabwe, and the Brazilian Center for Law and Justice (BCLJ) in Brazil. The EACLJ unsuccessfully lobbied against Kenya’s progressive new constitution in 2010 solely on the basis that the constitution’s anti-discrimination clause could eventually be used to advance LGBT equality and that it allows for abortion when the mother’s health is at stake.