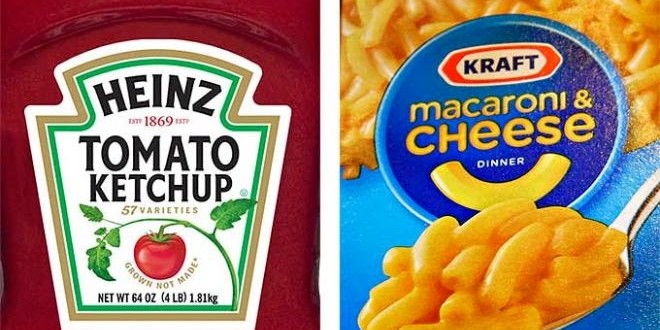 Heinz To Merge With Kraft

In a jolt touching pantries across the globe, H.J. Heinz and Kraft Foods Group (KRFT) will merge into the world’s fifth-largest food and beverage company — bent on cutting costs, growing internationally and evolving into a more consumer-focused company. The massive merger, valued at about $36 billion, will allow Kraft “to move and grow faster than we could on our own,” Kraft CEO John Cahill said. He would become vice-chairman of the newly-formed Kraft Heinz. The companies had been unanimously approved by their boards of directors. The new firm will be headquartered in Pittsburgh, home of Heinz, and in the Chicago area (Kraft). There are no plans to close either operation. The new company will have revenue of approximately $28 billion and will hold a portfolio of brands, including Heinz, Kraft, Oscar Mayer, Ore-Ida and Philadelphia.

RELATED: In recent years Kraft has been the target of anti-gay groups due to its rainbow Oreo campaign in recognition of gay pride. In 2013 One Million Moms went after them for their “disgusting” ads for Zesty salad dressing. In 2008 Heinz was criticized by British gay activists after they caved to complaints and pulled a lighthearted mayonnaise campaign that featured a deli counter clerk kissing a male customer.