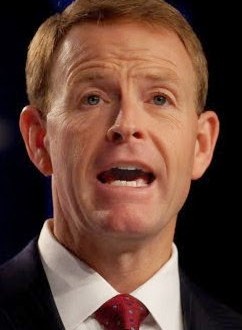 “I applaud the Alabama Justices in their wise decision respecting the freedom of Alabama’s voters to uphold natural marriage. In a refreshing change, Alabama’s Supreme Court is using the law to determine their actions — not a politically motivated opinion of a lower court federal judge. I again urge caution for any court, state or federal, whether a state Supreme Court or the U.S. Supreme Court, that wants to redefine marriage. Recent polling shows sixty-one percent of Americans oppose the US Supreme Court forcing marriage redefinition on all fifty states. If Americans were truly on board with this effort to redefine marriage, governors, state attorneys general, and other elected officials wouldn’t bother fighting it. Instead, the Alabama Supreme Court reflects where the American people really are on the issue – and it is respecting the freedom of the voters to uphold natural marriage.” – Hate group leader Tony Perkins, via press release.