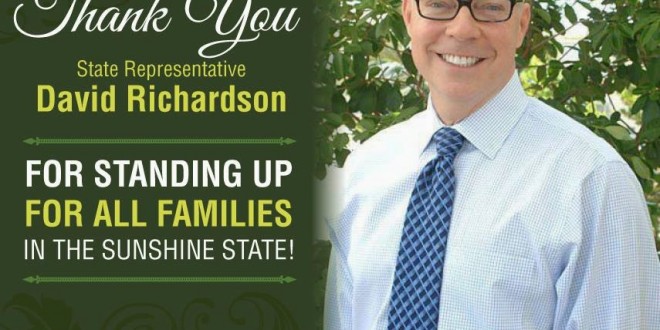 A bill aimed at promoting adoptions but that also erases an outdated ban on same-sex couples adopting children was approved Wednesday by the Florida House. A same-sex couples’ ban had been in place until 2010, when an appeals court ruled it was unconstitutional. Then-Gov. Charlie Crist did not appeal the ruling and current law allows gay people to adopt in Florida. But eliminating the statutory language was important, said House Democrats. Many conservative Republicans joined in the 68-50 vote approving the legislation (CS/HB 7013). The legislation provides financial incentives to community-based care organizations assisting the Florida Department of Children and Families with adoptions. State employees also could receive additional benefits of $5,000 or $10,000 for a special needs child they adopt.

Equality Florida reacts: “While it has been legal in Florida for lesbians and gays to adopt for several years, it is wonderful that legislators are taking steps now to remove this discriminatory relic from the books. We especially applaud Rep. David Richardson’s leadership in making it happen.”