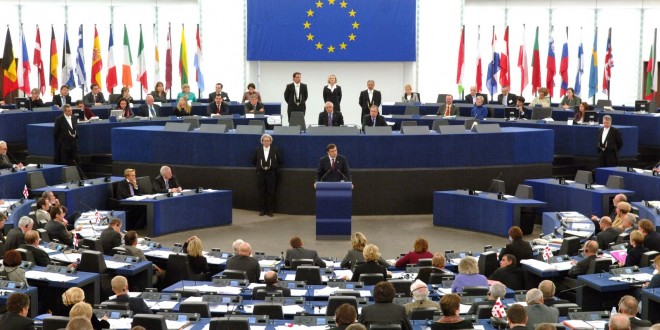 Huge news out of Europe today:

The European Parliament on Thursday called on EU member states to recognise civil unions and same-sex marriage as a civil and human right and urged governments and EU institutions to contribute to further discussion in this area. The call was contained in the 2013 global human rights and democracy report, approved by the assembly with 390 ayes, 151 nays and 97 abstentions. In it, the European Parliament acknowledged “the legalisation of marriage and civil unions between same-sex couples in a growing number of countries around the world, currently 17” and encouraged “the EU institutions and member states to further contribute towards reflection on the recognition of marriage or civil unions between people of the same sex as a political and social issue and a matter of civil and human rights”.