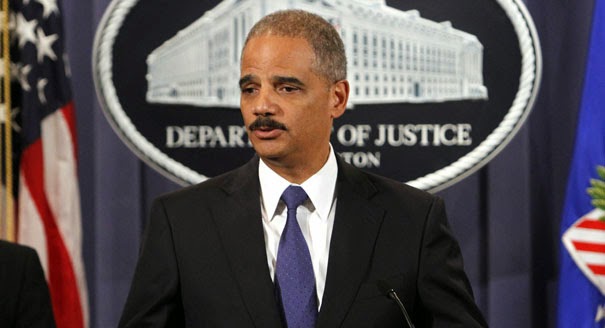 “This week, the Justice Department will file a brief setting forth our position that state bans on same-sex marriage violate the fundamental constitutional guarantee of ‘equal protection of the laws.’ It is clear that the time has come to recognize that gay and lesbian people deserve robust protection from discrimination. Nothing justifies excluding same-sex couples from the institution of marriage. Denying them the right to marry serves only to demean them and their children, to degrade the dignity of their families and to deny them the full, free and equal participation in American life to which every citizen is entitled.

“I am proud to have had the opportunity not only to watch this great national pivot, but to take part in it. In 2011, I recommended to President Obama that the Department of Justice no longer defend the constitutionality of Section 3 of the Defense of Marriage Act, which excluded gay and lesbian couples from federal marriage benefits. In my view, DOMA was indefensible, and the Supreme Court vindicated that position in a landmark decision in 2013. I will always be proud of the role that the Justice Department played in achieving and implementing that victory, which has driven a surge of court decisions securing marriage rights in states from coast to coast.” – United States Attorney General Eric Holder, writing for USA Today.