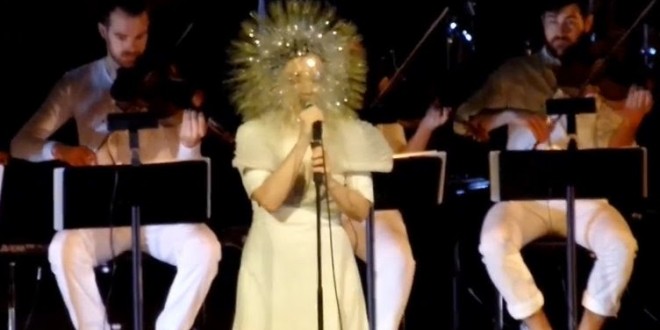 Yesterday, Björk played her first show in support of Vulnicura at Carnegie Hall. The first half of the show was dedicated to performing most of her new album’s tracks in order, which meant starting things off with the aching opening track “Stonemilker.” This was the first time she performed any of the Vulnicura tracks live. Björk was supported by Arca and a string section made up of members of New York collective Alarm Will Sound.