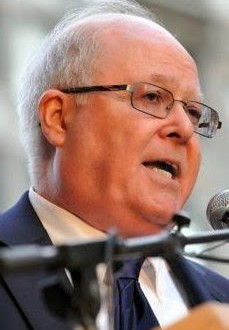 “The open-minded ones in New York and Hollywood are having hissy fits over a quip made by Dolce about the kinds of kids their gay friends are raising. Elton John, who was engaged to a woman in the 1960s, married another gal in the 1980s, and then finally settled down with his boyfriend, is furious with Dolce. That’s because Sir Elton, who is no longer Questioning his sexual orientation (the ‘Q’ in LGBTQ stands for Questioning—if there are two ‘Q’s’ the other stands for ‘Queer’), takes Dolce’s comments to heart: he and his buddy are raising two children who are not, obviously, the result of their homosexual relationship. He is calling for a boycott. The celebs are so angry that some are threatening to burn their Dolce & Gabbana pants. Others are literally apoplectic: they cannot speak. Still others, not knowing whose side to take – all the parties to this controversy are homosexuals – are feverishly waiting it out.” – Bill Donohue, reducing David Furnish to a “buddy” in a post for the Catholic League.

Previous TEXAS: Haters Cheer Lawsuit To Stop Gay People From Caring For Sick Spouses
Next Viral Video Of The Day